Free Shapefiles of Countries of the World (4)


Free Shapefiles of Countries of the World (4)


There was the suggestion to look at gadm (Global Administrative Areas), thanks for this suggestion. This blog handles this new source in detail. Note that some sources are apparently hard to find, i.e. not found immediately by googling to "world country shapefiles" or similar. I'm glad that this blog appears now in the first 10 results, so hope to provide by this an index to world country shapefiles.

This newly found shapefile is very interesting. The first observation is that it is rather large, the zipfile is 158MB and takes several minutes of downloading. Unzipped the triplet (shp,shx,dbf) is almost half a gigabyte. When we zoom in, we see how this is caused, it is a shapefile taken from a grid: 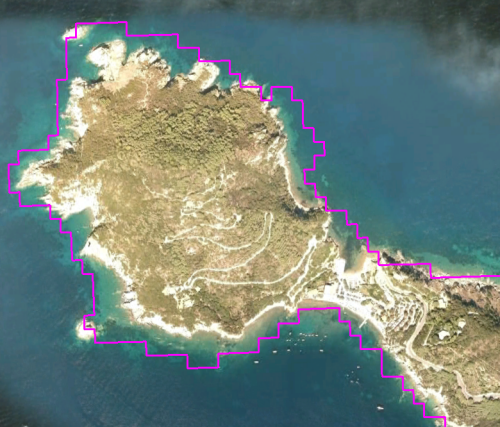 The image above is a piece of the island Elba, the magenta line is the kml-ified shapefile displayed in Google Earth (yes, I like Google Earth).

I don't know if I like all those cornery borders... At least, it is not necessary to keep them, why are they not dropped or generalized away?

Anyway, if we zoom out a little again, the borders seem to be reasonably accurate at the first sight, here is the whole island Elba: 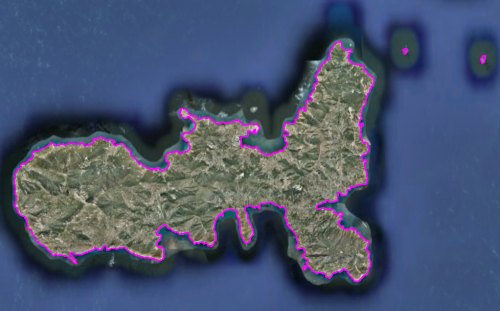 In last blog I described the small countries in and around Italy. So I shortly redo this for this new datasource. The gadm contains really the most accurate approximatino of Vatican City, compared with Google Earth as still our Single Point of Truth... 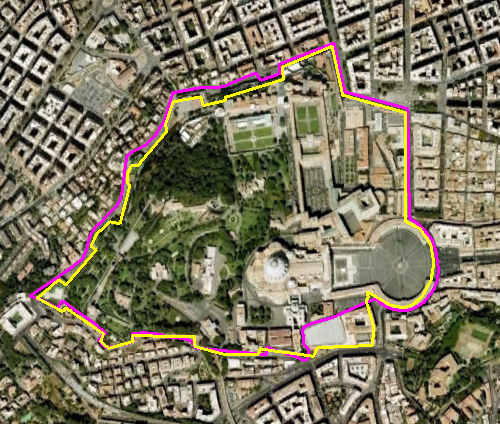 It is much better than all other sources found, and it therefore raises an interesting question: what is that little block where it differs, just to the southwest of Saint Peter's Square? Who is right there? And who is wrong? Interesting questions in the neighbourhood of the heart of the Roman Church... But we mean it geographically. Is Google failing here, as in Nicaragua and Costa Rica, nearly causing a war? Or is it the gadm.org website, a particular initiative providing freely available shapefiles for academic and non-commercial use (e.g. blogging)? According to Wikipedia, there indeed is a border dispute near Vatican City, but that is a little more to the east...

And look, we see a similar issue with Liechtenstein, probably a disputed valley... 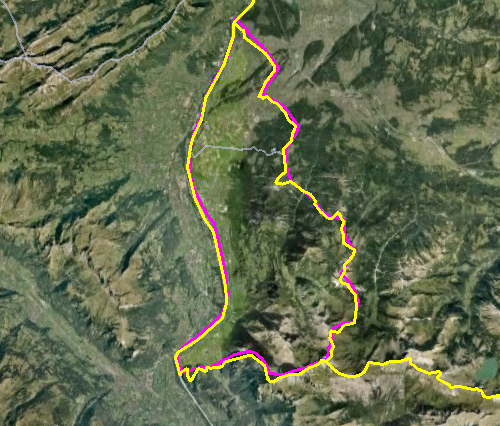 But for the rest also here this shapefile is relatively accurate. For its size, accuracty is expected, of course...

In last blog we saw that the borders of Monaco were correct in only one of the compared shapefiles... Alas, wrong again here: 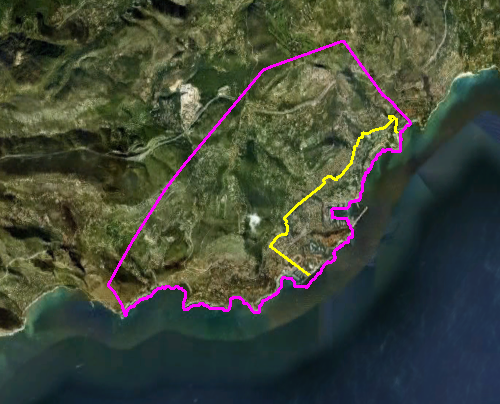 It seems hard to create a correct shapefile... What is the source of all those errors? Who is really right here? Of course Google! For all certainty I checked this at Wikipedia (because I've never been in Monaco). Yes, the yellow line of Google is following Monaco's portrayal within the Wiki page of Monaco. So alas, gadm is totally wrong here.

I'm living there, in that little country which is so difficult to be stored in free shapefiles... There is really a large lake, only bordered from the sea by a dike. That lake should be displayed, and it is not. If very small and uninhabited islands are displayed, the lake should really be there. And it is not the only error, in Zeeland the (smaller) water bodies behind the dikes are omitted as well.

This was another requirement (CS1). It is not as bad as it was in some other shapefiles, where the Caspian Sea was divided between surrounding countries. But the Caspian Sea is included as a separate country in gadm... Interesting. Do they issue passports?

Finally there is validity. All countries should be modelled as multi-polygons and be valid in both SQL Server and PostGIS. We've already seen that this requirement is met in only one caes, until now (11). And also for this case, 13, alas, there are many multi-polygons invalid in SQL Server. In PostGIS it is OK, though the query runs for a long time due to the excessive size of  the geometries. The values are post-editted in the previous blog.

Actually it is nice to show a variant of the query, using the with syntax:


with valid as (select ST_IsValid(the_geom) as v from world13) select v,count(1) from valid group by v;

As always I'm glad with new shapefiles. This one is quite accurate, and in many aspects the best until now. But also, it is way too large, too cornery, and contains errors, as all others do...

So I think a good and freely available shapefile of the countries of the world is still very welcome.

If there are more shapefiles, I'm still interested, but especially I'm interested in a the Google country borders in any format? Are they available?